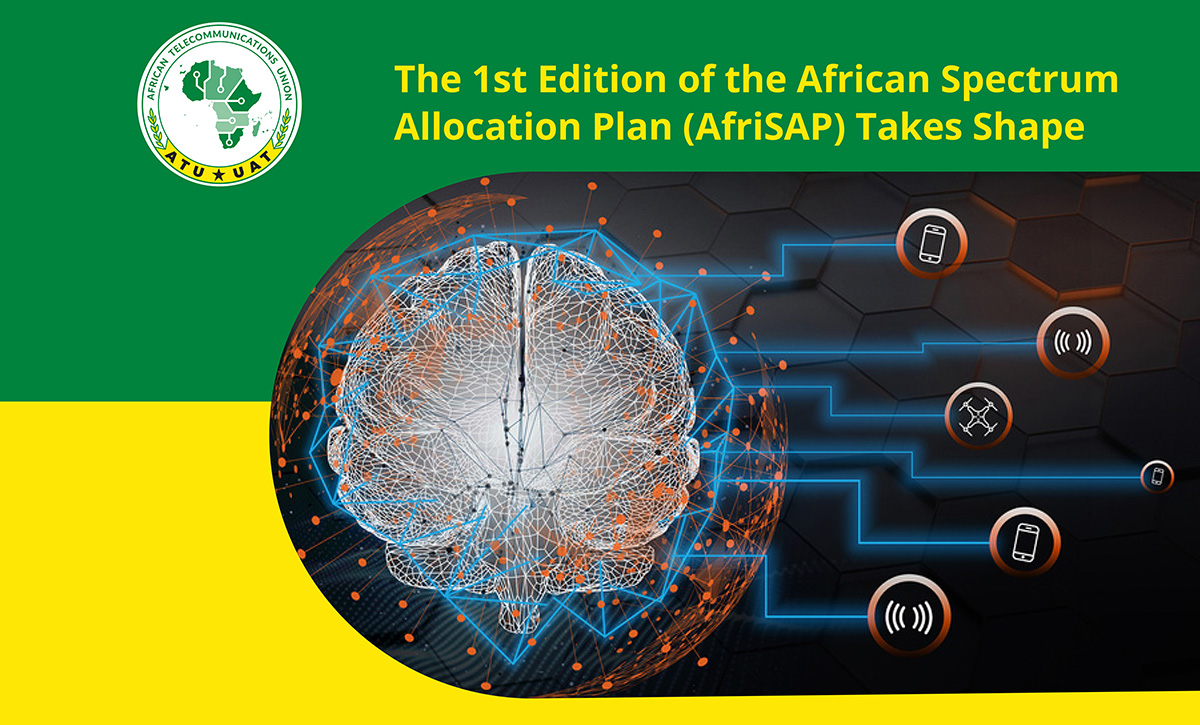 The radio frequency spectrum (commonly known as simply the spectrum) enables the transmission of information in a wireless manner. The information you get when; watching television, listening to the wireless radio, when on a plane, when using your phone or when wirelessly connected to the internet reaches you through the spectrum. The resource is so important that it is only wise for African countries to use it effectively. One way to enable the effective use of the resource is through harmonization of its usage across countries. A major benefit of harmonization is that it ensures ease of information within those countries by promoting economies of scale. Harmonization also prevents harmful interference among the systems thereby guaranteeing their best technical operations.

A plan specifically designed for a region is a foundation for fostering the harmonization of spectrum within that region. To cater for the African region, ATU, through its 2019-2022 Strategic Plan, provided for the development of the 1st edition of the African Spectrum Allocation Plan (AfriSAP). A task group was formed and mandated to develop the draft document by 30th April 2021.

In executing the mandate, the Task Group occasionally meets to discuss various aspects of the plan. The most recent meeting of the Task Group was held from 2nd to 5th February 2021. During the meeting, members discussed Section 10 of the working document. This, is the core of the plan. It focuses on Africa Common Allocation(s) and Typical Applications.

The AfriSAP structure for the table of spectrum allocations borrows greatly from the current SADC radio frequency allocation plan, including the four column-format. For example, in the Africa table, the first column is the ITU Region 1 Allocation and Footnotes Column, an exact replica of the frequency allocations for ITU Radio Region 1 as contained in the current version of Radio Regulations, translating to the fact that all ITU footnotes, whether relevant to African countries or not are included in this column. The frequency sub-bands are also aligned with Article 5 of the ITU Radio Regulations (RR).

This means that the ITU philosophy for reflecting radiocommunication services in terms of primary and secondary, placing of footnotes and using French alphabetical order also applies in the African table. The second column, the Africa Common Allocation(s) and Relevant ITU Footnotes column, is in line with ITU RR Article 5 allocations and footnotes for ITU-R Region 1 but with only what is seen as being applicable to the African region. It denotes the radiocommunication services that African administrations agreed to adopt as common allocation (s) for Africa. The third column indicates the typical applications of a particular frequency band or sub-band.

This column contains detail in terms of the typical application or applications used within the band and is a clear indication of the typical use of a particular frequency band in Africa. If the column is empty, it can be interpreted that the particular frequency band or sub-band is either currently not in use in Africa or that the use of the band could not be known at the time of preparing the AfriSAP. Information contained in the fourth column references additional information relevant to the corresponding frequency band’s use. Such include references to relevant/applicable ITU Radio Regulations Articles and Appendices, ITU-R recommendations, harmonized band plans, standards, and reports, to mention a few. Technical limits applicable to one or more services or applications are also added in this column where needed.

As part of the her concluding remarks for the second meeting, the Task Group chair, Ms. Stella Kokwenda Banyenza of Tanzania, encouraged African countries to continue to take keen interest and actively participate in the work of the Task Group.The third meeting and concluding meeting of the Group is scheduled for 16th to 19th  March 2021. The output of the Group is expected to be validated/approved by the African spectrum in August/September this year.

When all is said and done, it is hoped that all African countries and sub-regions will use AfriSAP as spectrum harmonization tool in order to maximize the benefit of the spectrum to the continent.