ATU Commences Work on the Development of a Strategy for the Optimum Acquisition, Retention and Use of Satellite Resources in Africa

HomeNewslettersNewsletter 05ATU Commences Work on the Development of a Strategy for the Optimum Acquisition, Retention and Use of Satellite Resources in Africa 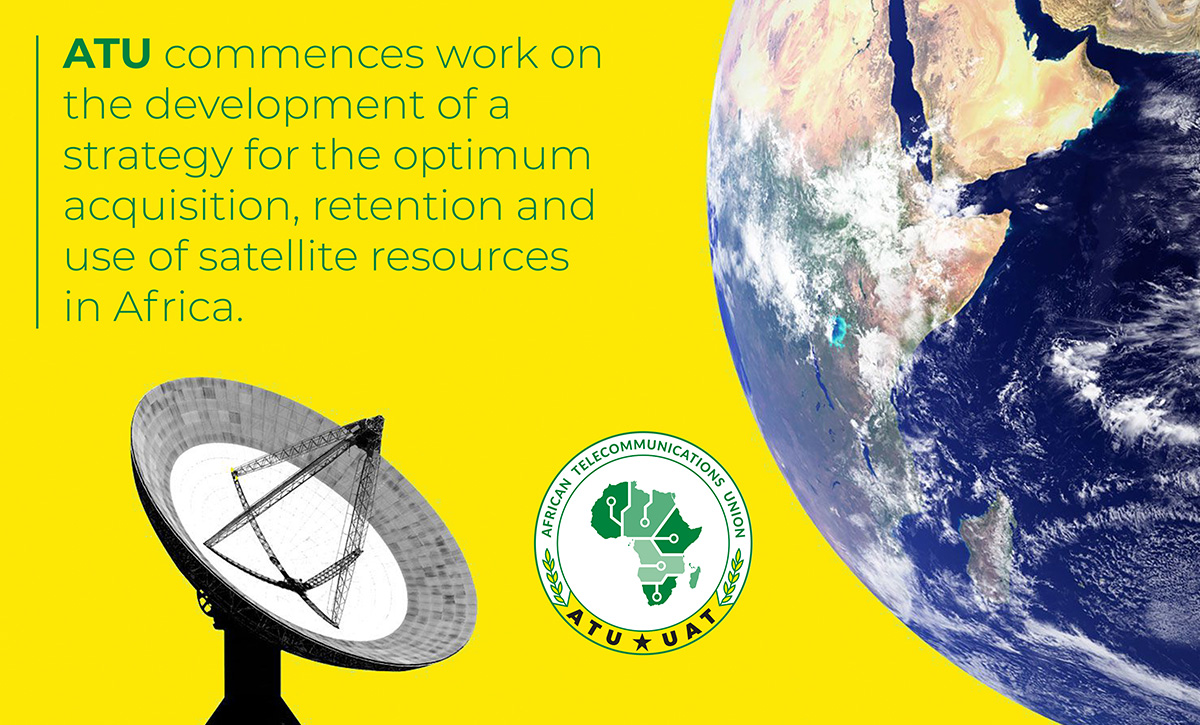 ATU Commences Work on the Development of a Strategy for the Optimum Acquisition, Retention and Use of Satellite Resources in Africa

The Task group is headed by Mr. Abdouramane El-Hadjar from Cameroon and Mr. Martins LANGA from Mozambique as the Vice Chair while Mr. Zamba Leonel from South Sudan, Mr. Yetondji HOUEYETONGNON from Benin and Mr. Ismail Angri serve as rapporteurs. Speaking during the first meeting of the Task group, the ATU Secretary General Mr. John OMO expressed his confidence in the leadership of the group and called upon the ATU Membership and delegations to support the endeavor for successful achievement of the desired results. Mr. OMO further emphasized on the immense benefits that the African people can enjoy if the satellite resources are fully optimized by the African Administrations. In his remarks, he highlighted the reasons why prudent acquisition, retention and use of the satellite orbital resources in Africa is a major challenge. The first reason was the complex nature of the international rules for acquiring, retaining and use of the orbital resources as per the ITU’s Radio Regulations and the second reason being the fact that many African countries lack the capacity for effective implementation. Other contributing factors include lack of strategy/guidelines for satellite coordination within the African administrations, limited awareness and financial constraints.

In the same light, the Chair of the Task Group brought out the importance of the exercise by aligning its objective to that of the African Union Space Strategy. The Strategy had been established as a prime responsibility for African administrations to ensure that they secure the satellite resources for optimal development of wireless communication especially to cover the rural areas. He also emphasized on the importance of African administrations acting fast given that spectrum and orbital positions in space were a limited resource that should be managed effectively for the African people to fully benefit.

By the end of the meeting, the Group had discussed issues regarding capacity building in African administrations to allow for better satellite coordination and the need for Member States to work together especially between countries that have well established space departments and those that do not. Equally evident was the need for capacity building for decision makers on the role of satellite technologies in addressing the socio-economic needs of the continent. This is so as to have the administrators fully support the efforts of the national ICT department as they work towards effective satellite coordination. In order to deal with the Challenge of financial constraints experienced by some of the African Administrations, the Task Group recommended that two or more administrations can combine resources to launch, manage and operate one satellite. The Task Group is expected to complete its work by 31st March 2021. The draft study/strategy shall be validated in a forum in June 2021 and is then expected to be considered for adoption by the 2nd ATU Preparatory Meeting for WRC-23 (APM23-2) that is scheduled to take place by September 2021.