A Web Dialogue on ATU’s Relationship with its Associate Members 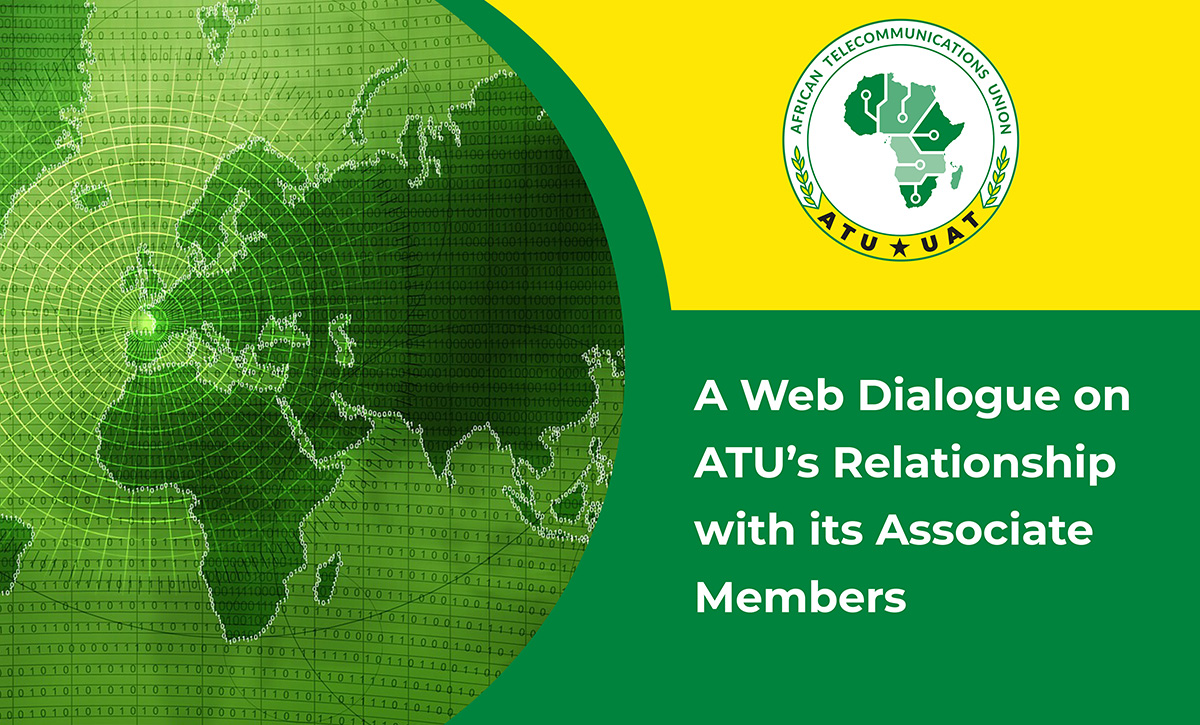 A Web Dialogue on ATU’s Relationship with its Associate Members

The African Telecommunications Union (ATU) held its first web dialogue with its Associate Members on 23rd November 2020. The focus of the dialogue was on issues of mutual benefit to both the Union and its Members. It was a participatory dialogue where the Members were encouraged to share their views on; the experience they have had with ATU; challenges, if any; and possible recommendations on how ATU can have a productive working relationship with its Associate Members. The discussions also focused on effective ways in which the Union can harness its strength and that of the Associate Members to facilitate the development of ICTs in Africa.

At the onset of the meeting, ATU took the Associate Members through the status of the Union including its origin, vision, mission, mandate, structure and Membership. ATU also shared with the Members the class of contributory units by the Membership that facilitates the activities of the Union as well as discussed key focus areas of the ATU 2019-2022 Strategic Plan and the planned and ongoing ATU activities in fulfillment of the statutory objectives and the various pillars under the aforementioned strategic plan.

The ATU Secretary General, Mr. John OMO, called on the Associate Members to take full advantage of the value of strategic partnerships with ATU. He highlighted that such linkages and collaborations will go a long way in facilitating the development of ICTs in Africa. As the Associate Members appreciated working with ATU and highlighted the progressive nature of the experience, they commended the Union for its inclusivity and transparency in communication. It was however noted that ATU is in need of increased financial resources in order to bring maximum value to its Members and successfully deliver on its mandate. Therefore, with regard to project partnerships for effective delivery, Members advised ATU to share the project proposals to the entire Membership who will then agree on how the project can be successfully implemented.

In terms of value addition, the Members proposed that ATU should consider the creation of more opportunities for engagement between the Associate Members and the Member States as they currently only engage during ATU preparatory events for international meetings.

The Secretary General concluded by reiterating ATU’s willingness to build viable relationships and maintain long-term commitment with the Associate Members. It was also noted that such meetings can be used as a platform to review any arising issues. He expressed the interest of the Union to institutionalize the meeting as an annual forum coupled with the establishment of a system for feedback and follow-up on matters discussed.